Prison SMART (Stress Management And Rehabilitation Training) is a unique rehabilitation program for inmates. By effectively transforming the mindsets, attitudes and behaviors, Prison SMART aims to break the cycle of re-offending in our society.

Through advanced breathing techniques, physical exercise, knowledge and skills training, prisoners become more aware of themselves, are able to let go of negative emotions, accumulated stress and destructive behaviour, and are empowered to take responsibility for their lives. Started in 1992 in the US, Prison SMART has developed into a globally recognised program implemented in 50+ countries and has benefited more than 250,000 prisoners and staff.

Prison SMART is a holistic program that offers innovative and effective tools to reduce the rate of recidivism, offer the possibility of genuine rehabilitation to offenders, heal the victims, and improve the performance of law enforcement personnel. It is a first of its kind program to break the cycles of violence in society and prevent more violence.

At a time when prison budgets in many countries are under pressure due to the financial crisis, Prison SMART offers an efficient alternative at a lower cost than many other therapies.

The program effectively changes the thinking and behaviour of prisoners. By calming the mind and reducing the impact of stress, also anger, depression, violence, and dysfunctional behaviour are reduced. Offenders become more able and willing to strive for improvement, and become more receptive to other forms of rehabilitation. They are empowered while they are in prison and prepared with some essential life skills for when they are released.

When offenders are less stressed, they become easier to look after, as such reducing the burden on the prison staff. By supporting genuine rehabilitation, Prison SMART courses are also believed to reduce recidivism rates.

Prison SMART in the UK:

In the UK, Prison SMART has run successfully in Highdown prison for the last 9 years and occasionally in few other prisons.

In 2013 IAHV UK set up a pilot project in Thameside prison, London – still ongoing.  In partnership with Turning Point, IAHV UK offered 1 course for staff and 6 courses for prisoners. For the first course, which was totally unknown at that time, only 7 participants showed up. However, their extremely positive experience started a word of mouth chain which soon culminated into fully booked courses and constant waiting lists. The groups were very varied, from all ethnic, social and religious backgrounds, youngsters and elderly people, with mental problems and illnesses, drug abuse and the most varied sentences. It is apparently remarkable in this environment to have 100% of the participants liking the course and giving such positive feedback.

Past
Since 2004 around 350 prisoners have been trained in the UK, namely in
-Les Nicolles State Prison in Guernsey,
-HM Prison Lindholme in Doncaster area and
-Highdowne Prison in Surrey.

During the first ever Prison SMART training in the UK at HM Prison Lindholme in 2004, both inmates and staff agreed that the training does meet the expectations of an efficient rehabilitation program. The prison chaplains supported the training and expressed their interest in attending, and also the prison staff requested a program to be conducted for them.

References
Mr. D. Clark, Principal Officer, States Prison, Guernsey
“I have had nothing but positive feedback from prisoners saying how useful they found the week and how much they enjoyed the course.”

Rev. J. Mc Cready, Chaplain, HMP Lindholme Prison, Doncaster
“The courses have proven popular with a number of inmates. The course leaders are very professional in their approach. I would be pleased to welcome another course in the chaplaincy area.” 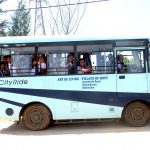 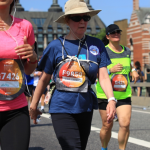 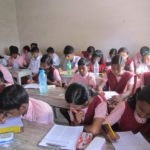