Here are some of synopsis of the Trustees report and the financial statements for the year ended 5 April 2015, for detailed report please download the IAHV UK Accounts 2014 – 15 Accounts.pdf

Achievements and performance
The year 2014/ 2015 was a solid one with the highest level of donations to date, strong volunteer engagement, innovative progress, growth and good development of projects in hand. It also raised challenges for the future.

Prison Programme
This year IAHV has continued it’s steady work to promote the excellent and internationally successful PrisonSMART programme. The first year’s contract with Thameside was completed well and a fresh contract for a second year entered into working mainly with the most demanding offenders. It is hoped to develop upon this to take the project to other prisons. The evaluations of the outcomes, and participant responses have been very positive.

BreatheSMART for offenders within the community
This programme was developed and ran well in 2014/15 with generating strong relationships with local partners, in both the Brighton area and Hackney. It is planned to develop it further. It complements the Prison SMART programme as well as playing a useful role in its own right.

Manage Your Mind
This community Mental Health initiative in the Gillingham area of Kent, has continued to develop very effectively across the year even procuring further grants from the Medway council, and press recognition.. It is led by a GP member of IAHV UK and is targeted at those with low level anxiety, depression and stress. Referrals come from GPs, partner organisations and word of mouth. The statistical evaluations of the outcomes have been very positive.

Educational programmes in India for school children. Gift A Smile
£ 31,789 was raised specifically by regular monthly donations, the British 10K sponsored run and individual gifts for the provision of a school education for rural, slum and tribal children in India, who would not otherwise receive an education . The project now has 421 schools across 20 States in India providing free education to over 43,572 students.
The attendance of the students is generally above 75% and the dropout rate is almost zero. The syllabus is based on the national curriculum supplemented with a variety of other activities and subjects designed to give a broad and balanced values based education.

Peacebuilding Programme
This project developed well across the year. With its individual based, psycho social, approach it supplies the ‘missing link’ identified within the main stream peace building interventions to enhance the overall effectiveness of the work widely carried out in this field. A successful training course was developed, recruited and held in December with participants from many countries and well respected international trainers from the Peacebuilding industry working alongside our own team to provide a broad experience to the participants.. Discussion continued with various potential partners, and a scoping pilot programme was held in Lebanon.
The project was essentially funded across the year by private donations with some support from the IAHV general fund.

Disaster Relief
This was a quieter year for disaster relief. The main contributions being £10,000 for the ongoing relief efforts after the Uttarkhand flooding, and £ 8,000 to Serbia and Bosnia in the aftermath of the severe flooding there.

World Peace Initiative
IAHV was involved in a major peace promotion project, which took place on 21st September on International Peace Day. A team of volunteers got together and with the valuable contribution in kind from Baytree Labs developed a mobile app for promotion of awareness of peace, outer and inner. This culminated in a world wide group meditation through the app. A large number of International Partners joined the exercise and this also usefully increased the profile and awareness of IAHV internationally, This ambitious project was brought to fruition through the combined and prolonged team efforts of a large number of people, Because of the strong support of Baytree Labs the expenditure from the charity was minimal .

Activity Summary
The above projects were the main focus of the efforts for IAHV this year, though various other small initiatives were supported, with a view to future development, including a Women’s Empowerment programme in Uganda; training for a group of local Arab volunteers in Morocco and a school’s library project in India.

The trust’s income was up on last year, with an increase to £ 113,101. The main annual fundraising event the British 10K was well supported and successful raising close to £25,000 clear of expenses. As a result of the experience with the Mobile App for the World Peace Meditation IAHV is exploring the increased use of IT and App technology in different ways to enhance its effectiveness. However it is being careful to use funds donated specifically for this purpose.

Financial review
Reserves
As a grant making Charity the trustees have determined that, apart from maintaining sufficient funds to meet day to day expenses, they should like to build and hold a reserve fund.

Plans for future periods
The trustees intend to continue with the next phase of development. This includes paying for external consultancy support where necessary for demanding projects requiring more input than is possible and available from volunteers.

IAHV has also been receiving more external grant funding for specific projects. More volunteers have been coming forward however the charity is still rather restricted by a lack of active volunteers with skills in a number of key areas such as PR and IT. New projects are also being investigated and supported. IAHV is generally exploring ways to adopt new IT and social media technology, for effectiveness, communication and outreach.

IAHV will continue to be alert for opportunities to promote Human Values as a medium to strengthen society and bring the benefits of the programmes to an ever wider audience. 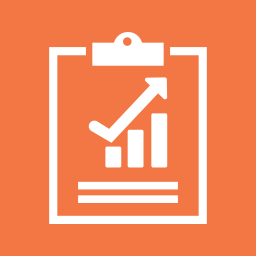