IAHV Uk successfully supports Stress reduction, and empowerment programmes for the most vulnerable in Montenegro, one of the least developed countries in Europe. IAHV UK has answered thier urgent need by funding and supporting an on-running programme within institutions and the Municipalities, focusing on marginalised children, young offenders, the disabled, drug addicts, abused women, cancer sufferers, amongst others and those working with them..

Starting in 2015 IAHV UK has worked with the Art of Living team on the ground headed by Aleksandra Grujovic to provide a structured programme for socially marginalized and disadvantaged groups within Montenegro and for those working with them in the overstretched and underdeveloped social care systems and institutions there.  It was then expanded in 2016 to include more beneficiaries across a wider range.

The programme has reached 400 people in 10 cities mostly in the poorer areas of north Montenegro, and made a much appreciated impact.

“This Programme completely suits the need of today’s alienated human and the closeness we feel during exercises is just what is needed.”

The Approach was to start by targeting a selected number of institutions in the first year, including the Children’s home in Bijela (the only one in Montengro), and the women’s refuge in Niksic, This was then expanded in the second year to cover more institutions in other cities including INSTITUTION FOR IMPLEMENTATION OF PENALTY SANCTIONS, SPUZ, MONTENEGRO

A detailed summary of the programme in 2016 was professionally evaluated with positive outcomes.  This is set out in the attached document:

“FINAL EVALUATION :Enhancing the physical and mental state of employees and beneficiaries of the social protection, education and health sector and criminal justice system in Montenegro” by Stefan Popovic. AND Masa Elezovic

It was found that the project was in general well structured, properly targeted and hence successfully implemented. Main project goals were met as well as specific objectives.  The project was also found to be cost effective. It was concluded that the project is valuable for the communities it supports and that its continuation is recommended.

SOS  The Womens’ Refuge in Niksic

In September 2015  and 2016, Susan Hindle a trustee of IAHV visited various of the sites where the projects had taken place and spoke with those involved.

In the city of Niksic she visited SOS ,an organisation supporting abused women, who run a shelter there and also the first and only women’s help line in the country. She met with Natasha Medjovic, the coordinator of SOS, and some of the ladies in the refuge

Natasha explained “This is the best thing that we did for the organization and we would like to do it again. It was a unique opportunity to learn how to relax as individuals and as a group. In our 17 years of operation this is only the second time we have done anything for our own stress.  All the funds we receive go to benefit the clients and this is the first time we have received anything for ourselves.  I have continued to practice the techniques I learned”  She explained that the group also exercises together regularly, and that the ladies they are supporting were also greatly helped to deal with the stress of their difficult situations.” 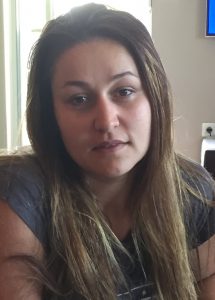 Sandra, one of the residents of the nearby hostel expressed:

‘For me this came at just the right moment. I was very unhappy and low when my children went. This experience changed the nature of my thoughts literally, It was a very positive influence. I feel much stronger and after a very long time I am now breathing in and out normally. I couldn’t breath normally before.   We practice the breathing techniques everyday together, sometimes several of us and sometimes fewer. Also the teacher comes once a week from the city .  I was so tense before and now I am much more relaxed. My thoughts are less and less trouble. I will definitely continue with this. I feel much better and more peaceful. I feel I did something good for myself. I am feeling so much better that I am now looking for a job”

Immediate Need for Support and Funding

This project has been found to be very cost effective in the independent professional evaluation but it cannot continue without ongoing regular funding.  Please support

How can you contribute? 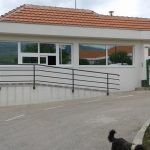 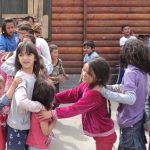 Children on the programme in a run down refugee centre in Berane for Roma families from Serbia. This is a badly deprived environment currently even without electricity. March/April 2016.. 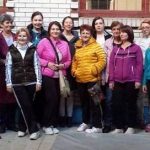 Bijelo Polje .. The programme in this city was followed up from the previous year teaching a number of groups with the collaboration of the Municipality 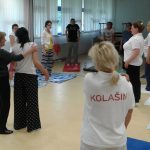 Training a group from the municipality of Kolasin. Here a successful programme was run in June 2016 for over 30 people from schools and social intitutions there. 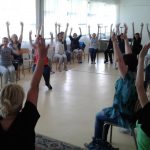 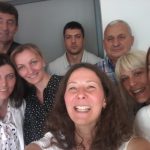 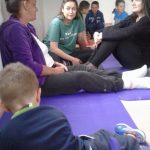 Succesfull programmes have been run here with the staff, and the residents of the Women’s refuge both adults and children 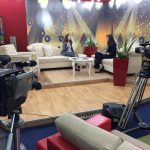 Aleksandra Grujovic being interviewed about the project for Montenegro TV 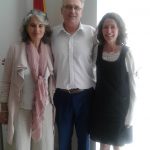 Sept 2016 Aleksandra Grujovic, the project lead, with the President of the Assembly of the city of Mojkovac and Sue Hindle Trustee of IAHV UK